Being a Script Supervisor

Consider a profession where you are a carpet bagger. Have tools, will travel kind of person. You start a new job every 3-4 months; you work with a new group of people; you get them to trust you, and appreciate your work… then poof – the job is over.

This is on the outside. On the inside this is what this job entails:

The script supervisor takes note of everything that is being shot, and assigns the numbers on the slate so all the departments will be on the same page.

The script supervisor times each shot so the producers will know how much screen time was shot that day, and how long the movie runs.

The script supervisor looks at the scene being shot, to see when the actor is turning, in what direction, while saying what line. Later in the day, the opposite to all that will be shot and most actors are too engaged in the moment to notice what they are physically doing.

The script supervisor has to generate a few reports at the end of the day: a Production report – what has been shot, what is still owed, how much page-count was shot. Another report goes to the editing room to tells them at a glance what they can expect to see. And of course, attached is everything that has been noted during the day, every shot described, every Print circled.

A script supervisor can save many problems during the day, “saved the shot” as they call it, by noticing the actor is not wearing the correct wardrobe or that he enters from the wrong side of the screen. But one mistake that went unnoticed, will now be noticed by everyone else, forever. The level of concentration better be high, as the attention to details.

All that for 12 hours a day, every day. That is a normal work day in the film and TV industry.

The good ones take it a step further and become the director’s right hand. They will work with him as a team, watch his back and make sure he shoots everything possible to make the movie a success.

A thankless job? You bet.

So why I’ve been doing it for so many years?

Because if you are lucky enough to be working on a successful TV show, 60 hours a week, 9 months of the year, you’ll be making around $100,000 a year.

If you work on features, and do 2 high profile movies a year, you can make a little bit more in 6 months.

If the show gets cancelled or the studio pulls the plug on a movie – you get nothing.
But that is not the whole truth;
I’ve been doing it for so many years because I love making movies. I love telling stories, setting the mood, meeting the interesting characters of the script… I just love it. I’m hooked.
And sitting so close to a director, hearing the decisions and sometimes influencing and helping him achieve his vision, was the place I loved being. Still do. 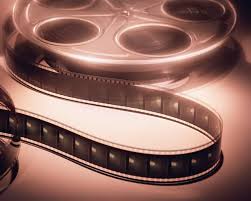